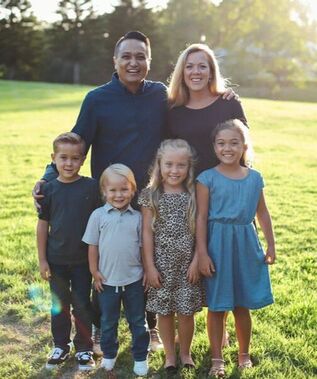 He married Misty in 2010m, and God has given them 4 children - Mylia, Aryia, Misaki and Azaia.  In 2017, they took the next step of faith and moved to Utah to work with Plant for the Gospel in gaining experience in church planting and revitalization in a predominantly Mormon area.  Their goal was to get to Hawaii in 3-5 years, and God worked in a tremendous way to allow them to move there in the summer of 2020.

They are now helping pastor and revitalize Aiea Heights Church.  God has opened up many opportunities for the Gospel.  Their desire is to see God grow a healthy church that would be a place where more healthy churches will be planted on Oahu and beyond.
Powered by